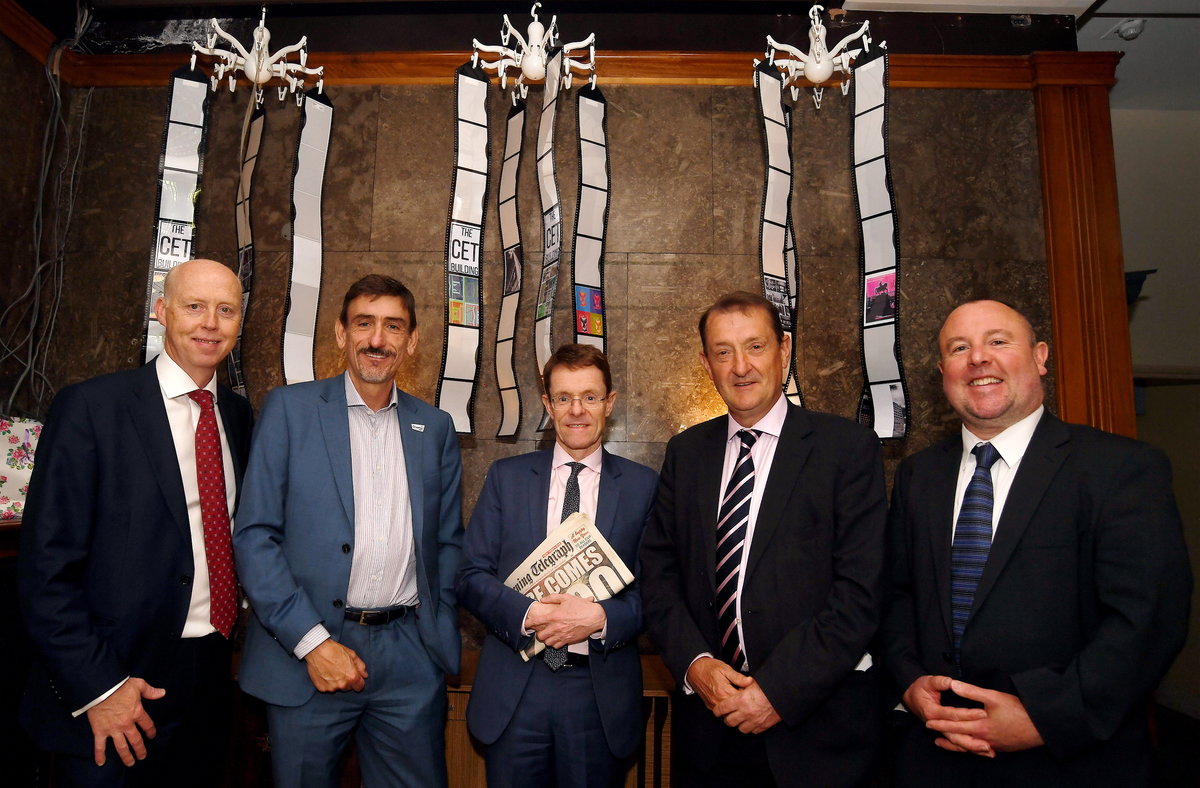 The CIF has awarded CDP £2,820,000 towards the acquisition of the landmark former Coventry Evening Telegraph offices in Corporation Street, plus land to the rear.

The acquisition will bring forward proposals for a boutique hotel featuring a bar and restaurant, along with residential units.

The other award is £960,000 for the acquisition of the former National Grid gas works in Abbotts Lane.

This 5.5 acre site is opposite Belgrade Plaza and, with a 200m ring road frontage, is the biggest cleared and vacant site in the city.

It has a number of potential uses which are being worked on by CDP.

The Mayor said: “These two sites are extremely important ones and will, in different ways, will make a significant contribution to the economic growth of the city centre.

“The former Coventry Telegraph site will bring something to the city that it doesn’t currently offer while the former National Grid site is of a scale that it has the potential for a whole host of uses.

“What is perhaps most encouraging is that these sites, derelict for so long, are now attracting investment and this undoubtedly demonstrates the rising confidence in Coventry.”

Coventry is bidding to be named UK City of Culture for 2021 and it is hoped both schemes will be complete by then.

Ian Harrabin, managing director of CDP said: “It is unusual to find two sites of this size so close to any city centre and with such potential for regeneration.

“Both sites have lain empty for a number of years and were a blight on the city’s image.

“The purchase of the land has given us the confidence to work up proposals for a start in 2017 on two major schemes. This would not have been possible without funding from the CIF, which has unlocked the potential to develop these sites in time for City of Culture 2021.”

The Telegraph regeneration area of 2.7 acres became available after the newspaper left the Corporation Street offices in 2012 for a new home in the city’s Canal Basin area.

The old offices are a city landmark and recently featured in an Historic England book on the city’s post-war architecture.

Consent had previously been given for demolition but instead CDP plan to convert them into a 100-bedroom hotel celebrating their 1950s style and the city’s post-war heritage.

The hotel will include a restaurant and bar and be very different in style to the existing hotels in the city centre.

The remainder of the regeneration area behind the main Telegraph offices and print rooms was redeveloped after the war for low grade industrial type uses. These buildings are planned to be demolished.

Nick Abell, vice chairman of the Coventry and Warwickshire LEP, said: “Not only does Coventry need more quality hotel bedrooms in the city centre, but this scheme will breathe new life into a landmark building on a key site in the heart of the city.

“Coventry is renowned for its post war redevelopment and this project aims to celebrate that while bringing significant economic benefits to the major city in our LEP area.

“We are delighted that the WMCA through the Collective Investment Fund has chosen to support the project in this way. It is an important decision for the city centre.”

The CIF is a £70 million commercial development war-chest set up by the WMCA earlier this year to stimulate jobs, opportunity and growth.

It is aimed at unlocking a further £1 billion in private sector investment over the next 10 years.

It is managed by Finance Birmingham and provides short-term loans to private sector developers to enable them to get schemes off the ground.

Nick Oakley, senior investment director at Finance Birmingham, said: “We are delighted to support CDP in their acquisition and redevelopment of these two key city centre sites.

“Coventry is undergoing significant regeneration and these projects will further enhance the city centre environment.