Marked by an official launch event, which saw 250 attendees, the opening of the new HQ will see Guhring create 50 new jobs and safeguard a further 75. This expands its offering to global clients including BMW, JLR, Ford, Nissan, Airbus & BAE Systems. With ambitious plans to double in size within the firm’s first five years at the Aston-based site, both skilled and entry-level positions will be created.

The building was officially opened by Dr Joerg Guehring, Chairman and CEO of the Guehring Group; the manufacturer’s parent company based in Albstadt, Southern Germany. 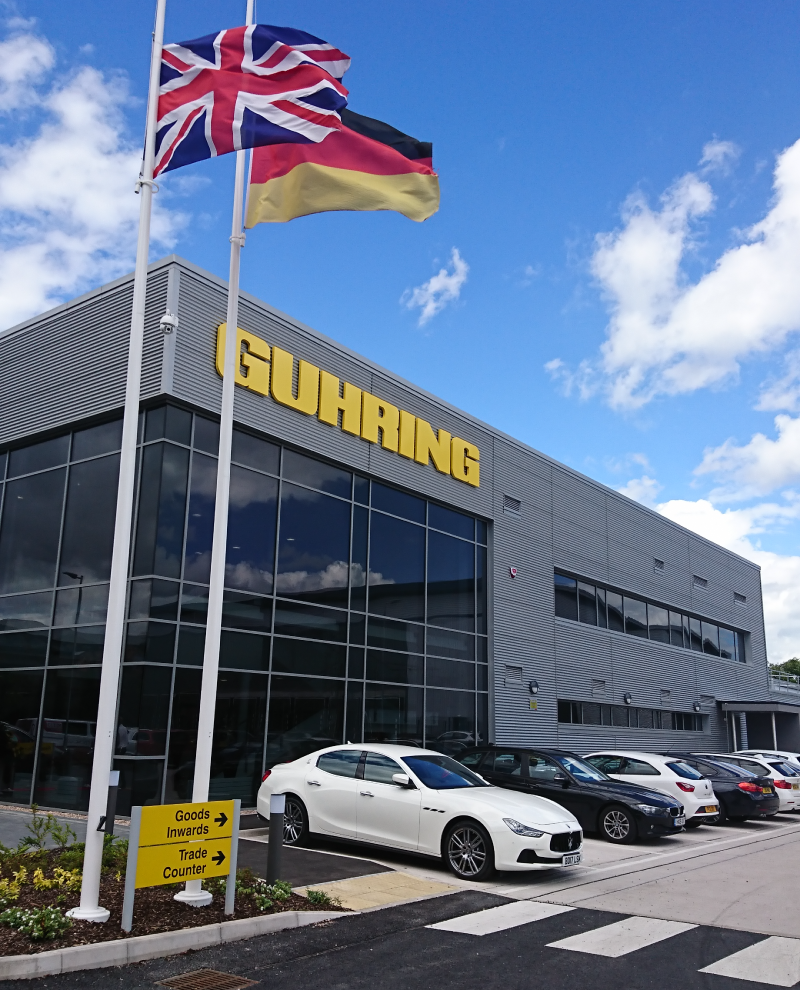 “The UK was Guhring’s first location to create a subsidiary outside of Germany. Now the group has in excess of 70 similar production and service operations throughout the world. Creating a new facility in Birmingham is a major step towards meeting the company’s strategic focus to strengthen our global presence. Guhring’s new UK headquarters will allow the company to further expand both its manufacturing, regrinding and R&D offering and serve our global client-base.

“Birmingham’s engineering and manufacturing capabilities are world-class, and locating in the Advanced Manufacturing Hub will ensure we can easily access local supply chain networks, a wide pool of skilled engineers, and easily connect with target markets in the UK and internationally”.

The AMH is one of six Economic Zones in Birmingham established by Birmingham City Council. The site is designed to accelerate growth specifically within the advanced manufacturing sector, by offering incentives such as simplified planning, gap funding and recruitment support.

“Birmingham’s Advanced Manufacturing Hub is one of the city’s many economic zones, designed to capitalise on the region’s high value-adding sectors and drive inward investment that creates inclusive economic growth and jobs for all. With Greater Birmingham outperforming every UK region in attracting foreign investors, it is clear our strategy is working.

Guhring represent the second foreign direct investment (FDI) project into the AMH, which has already attracted Hydraforce – a US hydraulics manufacturer, which opened a new 120,000 sq ft factory there last year.

Foreign investment into the GBSLEP area is predominantly driven by the strength of the region’s advanced manufacturing sector, which represented 31% of all the Greater Birmingham and Solihull LEP’s 81 FDI projects in 2015/2016. In the wider West Midlands region 11,119 new jobs were created, more than any other region outside London.

“The West Midlands has an impressive legacy when it comes to advanced manufacturing. From Jaguar Land Rover and MG, to Rover and Rolls Royce – the region has been and still is home to many globally-renowned brands. Guhring is the latest manufacturing heavyweight to pick the West Midlands as the UK destination to grow its business and realise its full potential.

“The West Midlands has unique advantages in its location, its infrastructure and in its talent pool, making it a firm driver of the UK economy and a globally competitive investment destination of choice”.

A family owned organisation employing more than 70,000 staff, Guhring was located in Oxfordshire when the firm initially set up in the UK in 1973. After 17 years, Guhring moved to a central warehouse facility in Castle Bromwich, Birmingham. Its operations focused on sales, marketing and distribution – with the company employing 20 people. The company has expanded and diversified its services considerably, now offering a larger manufacturing and servicing capability for carbide and diamond (PCD) tooling, and an R&D department.

The global tool manufacturer purchased 3.5 acres (1.41 hectares) of development land from the Homes and Communities Agency (HCA) and Birmingham City Council in 2015, in a deal secured by Savills. Commercial property consultant Bilfinger GVA was assigned to manage the project from its Birmingham base.